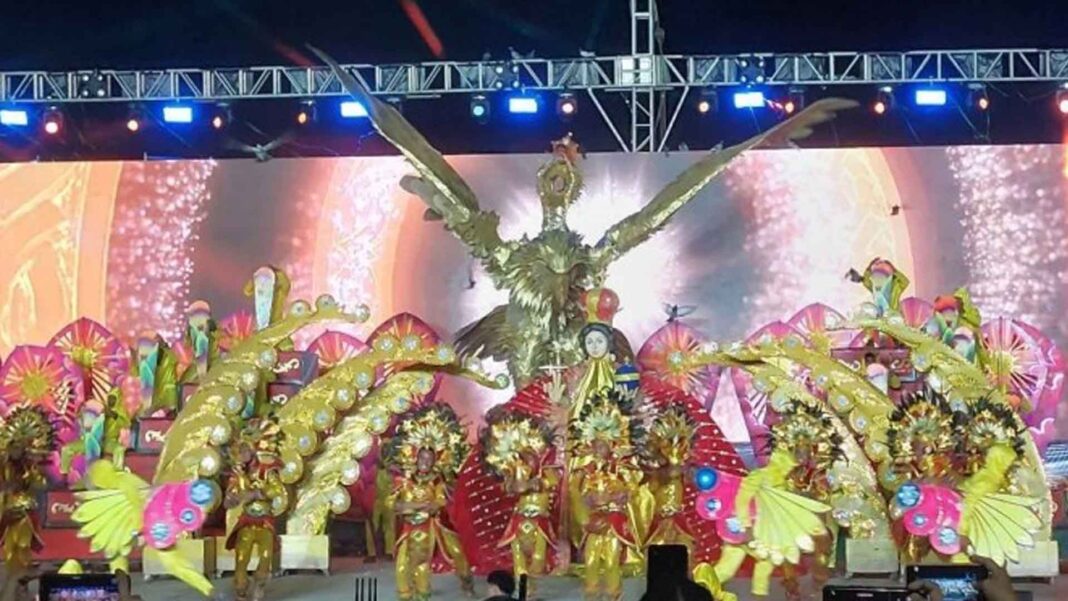 The visiting contingent from Surigao del Norte province has bagged three major awards in the Sinulog 2023 festival on Sunday.

The organizers of Omega de Salonera have as forefathers fiesta performers on Sanciangko Street, one of Cebu City’s famous downtown roads, in the early 1900s. It was adjudged as the overall champion of the Ritual Showdown in the Free Interpretation category and won PHP1 million in cash.

The group was also chosen as champion in the Street Dance category, which entitled it to another PHP1-million cash prize.

The contingent from Bucas Grande Island in Surigao del Norte also bagged the Best in Costume and second place in the Best in Musicality category.

For the float parade, International Pharmaceuticals, Inc. was adjudged as the winner, while the floats of ABC Friendship and the Municipal Government of Tuburan won second and third prizes, respectively.

The Sinulog organizers also awarded the Best Tent to Cebu2World Megawide-Carbon as first placer, while the Department of Tourism, Virginia, Choobi Choobi, and Jeju as second, third, fourth, and fifth placers, respectively.

There were five entries in the Sinulog-based category and 11 in the free interpretation category.

There were 40 entries in the float, eight in the giant, and six in the puppeteers’ category. (PNA)