44 Caraga Centenarians Get Php100 Thousand Each In ‘22 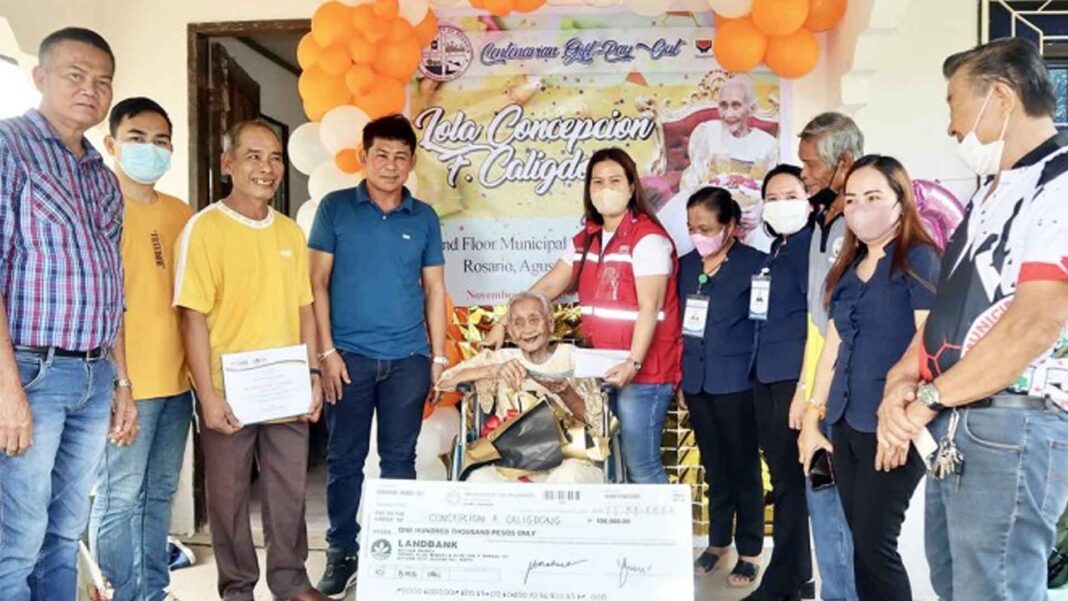 44 Caraga Centenarians Get Php100 Thousand Each In ‘22

Forty-four centenarians in the Caraga Region received PHP100,000 each through the Republic Act (RA) 10868 or the Centenarian Act of 2016 in 2022, an official said Monday.

“Among the releases, we made during the last quarter of last year were in November in Agusan del Sur and Dinagat Islands,” he said.

At least PHP4.4 million worth of cash gifts were disbursed under the centenarian program in the region last year.

In a statement Monday, the DSWD-13 lauded local government units (LGUs) in the region that replicated the Centenarian Act by providing gifts and finances to the centenarians in their respective localities.

“We encourage the other LGUs to do the same through allocating a budget as an additional gift for their centenarians,” the DSWD-13 said.

R.A. 10868 entitles all Filipinos who reach 100 years old and above, whether living in the Philippines or abroad, to receive a centenarian gift worth PHP100,000. (PNA)

An institution under the Department of Agriculture distributed bags of certified inbred seeds to Western Visayas farmers in preparation for the upcoming wet season.
Luzon

The national government recently launched the Marawi Compensation Board, which was commended for being inclusive to women.
Local News

Senator Raffy Tulfo requests the national government to offer free burial services to needy families to ease the grief of losing a loved one.
Load more