2022 Senatorial Candidates And Their Past Jobs Before Elections (Part 2) 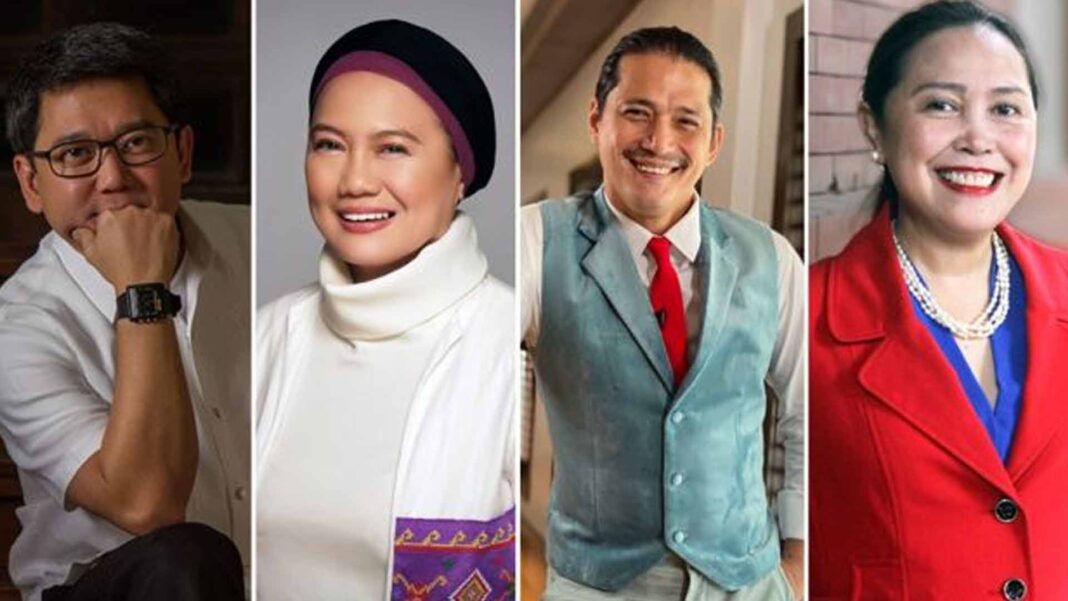 2022 Senatorial Candidates And Their Past Jobs Before Elections (Part 2)

The Philippine elections are as star-studded as ever with familiar names in the movie and television industry vying for executive and legislative positions. While some senatorial candidates are considered celebrities, many others have always been public servants, while many more come from unknown backgrounds. If you want a seat in the Philippine senate, do professional backgrounds even matter?

For 6 years, your elected senators have the main task of adopting or rejecting bills. They will create resolutions and conduct inquiries related to legislation. They will participate in debates in their respective committees and during plenary sessions.

Most importantly, it is also the duty of the senators to inquire and question the work of the government.

With only a few days before the elections, other voters have already made up their minds. If you’re still undecided or just curious about what your senatoriables have been doing before the 2022 election season, then this article is for you. 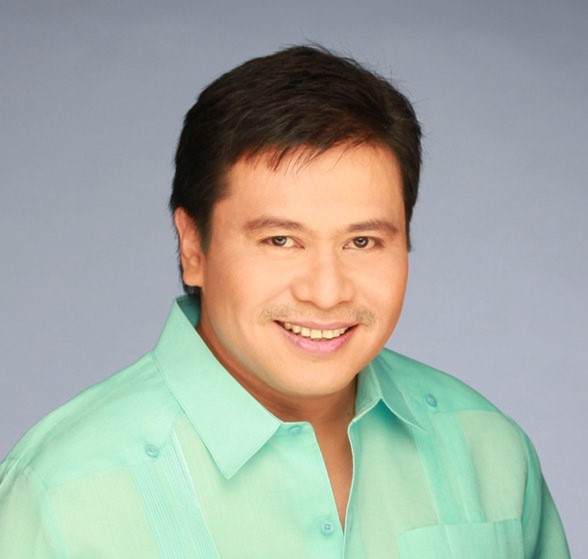 Jose ‘Jinggoy’ Estrada is an actor, film producer, and former senator. Estrada also served as the vice mayor and mayor of San Juan and was elected twice as acting Senate president. During his time in the Senate, Estrada principally authored laws, including Domestic Workers Act or ‘Batas Kasambahay’, Foster Care Act, and the Anti-Distracted Driving Act.

Estrada is notoriously known for ‘allegedly’ receiving at least P183.8 million in kickbacks from Janet Napoles during the ‘pork barrel scam’ issue. In 2014, he was arrested and detained at PNP in Camp Crame and later suspended by the Senate. Estrada was released from detention three years later after being granted bail but his plunder case is still pending.

For his film works, he produced and starred in movies such as ‘He also Coming Home,’ ‘Ang Tatay Kong Sexy,’ and ‘Katas ng Saudi.’ 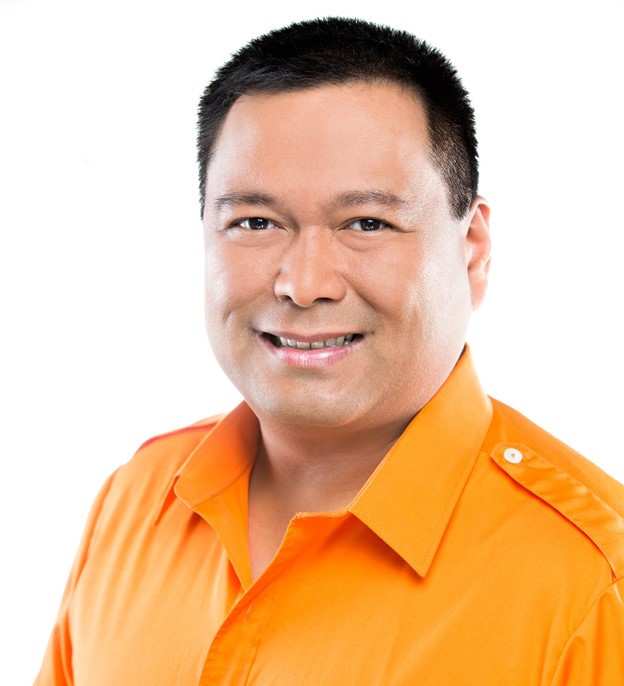 Joseph Victor ‘JV’ Ejercito has worked as the City of San Juan representative in the lower house and as a senator in the upper chamber of Congress. He also served as the mayor of San Juan for almost 10 years. The Ejercito-Estrada clan remained in power in San Juan City for 50 years, only losing the mayoral bid to Francis Zamora in 2019. Both he and Jinggoy also failed to win their senatorial bids in 2019.

JV Ejercito has principally authored and sponsored healthcare-related laws including the Universal Health Care Act, the National Integrated Cancer Control Act, and several laws increasing the bed capacities of hospitals across the country. As a senator, he voted for the Tax Reform for Acceleration and Inclusion (TRAIN) Act and the Bangsamoro Organic Law but later withdrew his support for both.

Ejercito is also a reservist officer of the Philippine Marine Corps, with the rank of major. 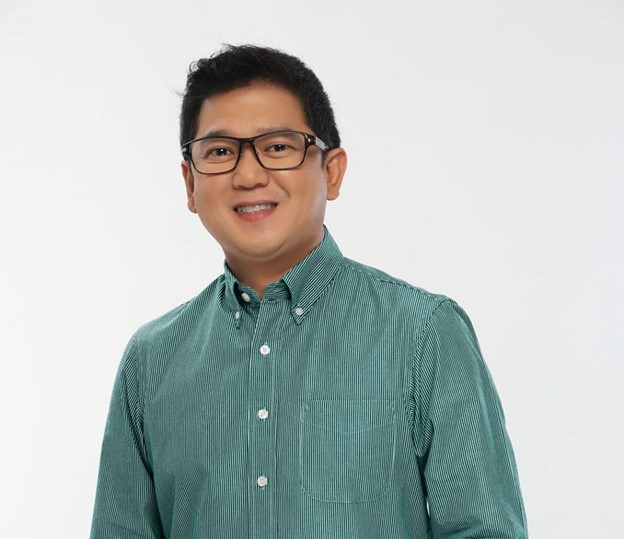 Herbert “Bistek” Bautista is an actor and has worked in the public office of Quezon City for 30 years. He first served as a city councilor, vice mayor, and most recently as mayor of QC. Bautista was also among the authors of the Green Building Ordinance, protecting the city’s natural ecosystem.

During his time, he led the establishment of ‘Klinika Bernardo’, the first clinic to actively provide support to individuals at risk of contracting sexually transmitted infections, and launched multipurpose housing projects or ‘Bistekville’.

Even after taking the Mayoral position, he continued acting in movies and tv series including ‘Shake Rattle and Roll Fourteen’ and ‘Bubble Gang.’ He also worked for the Philippine Army Reserve command as a Brigadier General.

On one hand, Bautista’s years in public office were filled with several plunder and graft charges for alleged misuse of public funds. 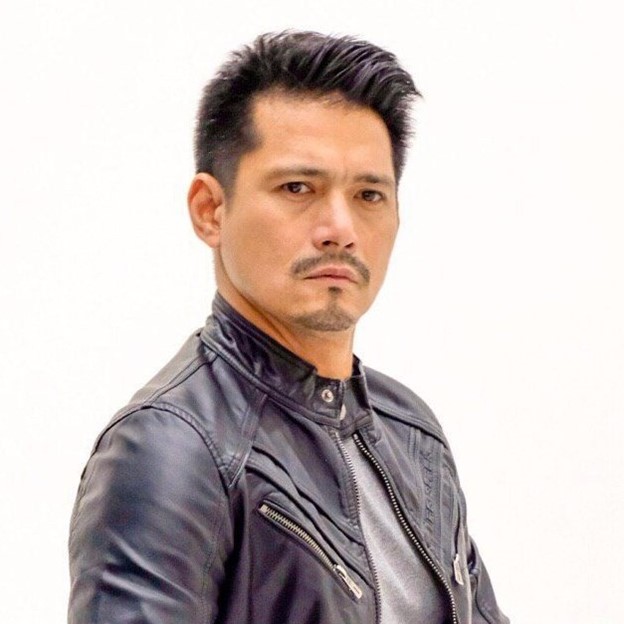 Often dubbed as the ‘Bad Boy’ of the Philippine cinema, Robin Padilla is a long-time television and movie actor, writer, producer, and director. He acted in films including, ‘Bato (The General Ronald dela Rosa Story), ‘Kailangan ko’y Ikaw,’ and wrote screenplays such as ‘Sa Ngalan ng Ama, Ina at mga Anak.’

Even if he was convicted for illegal possession of firearms in 1994, he received an absolute pardon by President Rodrigo Duterte in 2016, allowing him to seek public office. 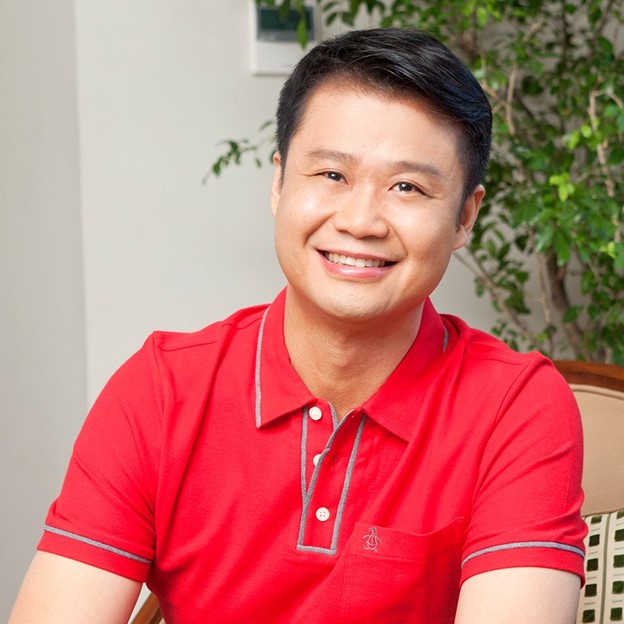 Sherwin ‘Win’ Gatchalian is a businessman and a lawmaker who worked for both the upper chamber and lower house. He is an incumbent senator who has served as the Valenzuela City mayor and district representative.

In his capacity as a legislator, Gatchalian principally authored laws related to the energy industry and education including the Philippine Energy Research and Policy Institute Act, the Alternative Learning System Act, and the Microgrid Systems Act.

While he is in favor of the anti-political dynasty, Win and his brothers have alternately held the district representative and mayoral positions in Valenzuela City. 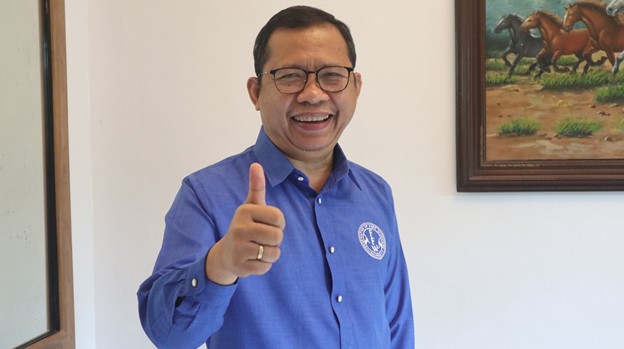 Sonny Matula is a lawyer, labor advocate, and law professor. Matula served as the commissioner for the labor sector of the Social Security System and as executive director at the Presidential Anti-Graft Commission. He is also the Federation of Free Workers (FFW) national president since 2011.

As a labor lawyer, Matula has represented thousands of cases on behalf of workers and acted as chief legal counsel to FFW, and other labor groups such as Pambansang Kilusan ng Samahang Magsasaka. He was also elected as chairman of the Nagkaisa Labor Coalition and a delegate to International Labor Conferences. 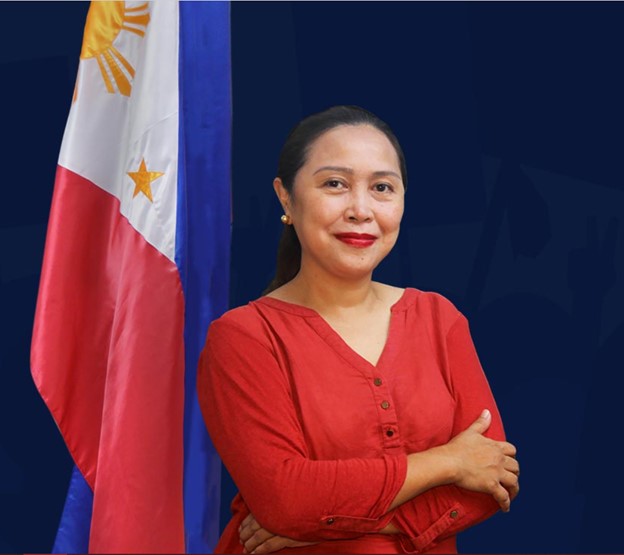 Atty. Agnes Bailen is a lawyer, and educator, with comprehensive experience in all three branches of government. In the judicial branch, she worked at the Public Information Office of the Supreme Court of the Philippines and as a judicial staff head under former associate justice Artemio V. Panganiban.

In the Congress, she served as chief of staff to the late Senator Miriam Defensor Santiago and as chief political affairs officer for Representatives Lani Mercado-Revilla and Jose V. Yap. Meanwhile, for her executive branch experience, she served as an undersecretary at the Department of Budget and Management.

Bailen also had an extensive career as an educator, working as a lecturer at the College of Medicine at UP-Manila and as an assistant professor for International Studies Department and Political Science at De La Salle University and UP-Diliman. 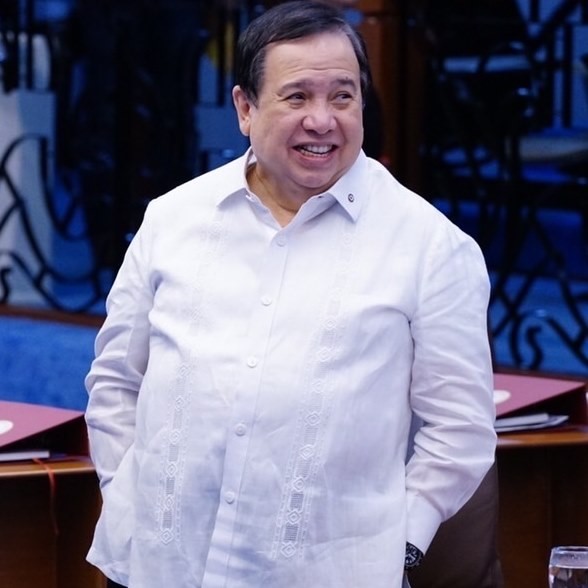 Richard ‘Dick’ Gordon is an incumbent senator, lawyer, and businessman, who has served in the senate for over 11 years. He has also worked as chairperson of the Philippine Red Cross since 2004, mayor of Olongapo City, secretary for the Department of Tourism, and chairman of Subic Bay Metropolitan Authority.

He replaced Senator De Lima as chairman of the Senate justice committee in the 17th Congress when she was ousted from the post. More recently, as senate chair of the Blue Ribbon Committee, he led the uncovering of the ‘Pharmally scandal’ anomalous pandemic contracts.

As a lawmaker, he authored and sponsored laws including the law abolishing the death penalty, the Philippine Disaster Risk Reduction and Management Act, and the law raising the age of sexual consent to 16. 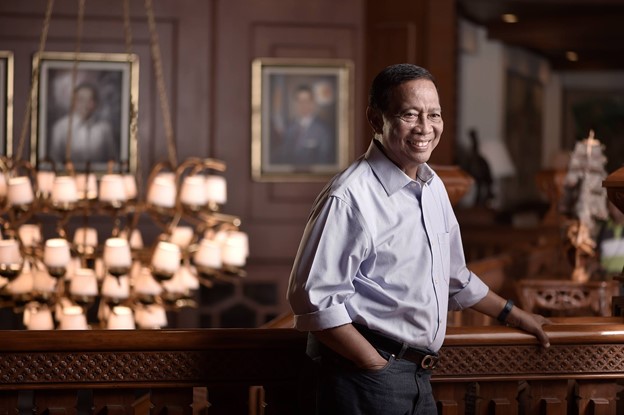 Jejomar ‘Jojo’ Binay served as the vice-president of the Philippines and as the longest mayor of Makati city. During his time as mayor, he was able to provide socialized healthcare such as the Makati Health Plus or Yellow Card, Blu Card for senior citizens services, and the Makati Heart Card Program.

Binay also worked as a lawyer and as the vice-chair of the Movement of Attorneys for Brotherhood Integrity and Nationalism, Inc., which offers free legal services to those who were unjustly accused during Martial Law years and Duterte’s ‘war on drugs.’

On one hand, from 2015 to 2017, he and his son were charged with different cases of graft, falsification of public documents, and violation of the government procurement law over allegedly overpriced Makati structures — which they both deny and claim were politically motivated. 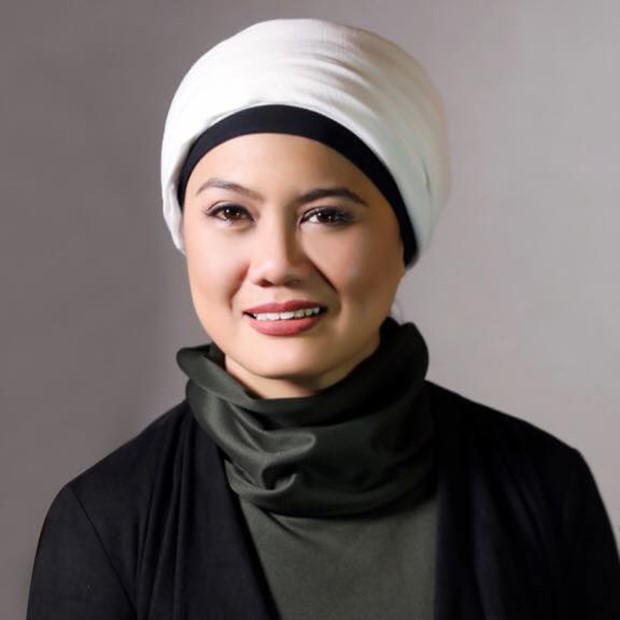 Samira Gutoc is a civic leader, journalist, environmentalist, and women’s rights advocate. She represented the women’s sector as an assemblywoman at the ARMM Regional Legislative Assembly and was also a member of the Philippine Army Multi-Sectoral Advisory Board.

Gutoc is the current chairperson of Ako Bakwit, Inc. which promotes the rights and welfare of those forced to evacuate due to armed conflict or natural disasters. She was also the spokesperson for the Ranao Rescue Team.

Meanwhile, after resigning as a member of the Bangsamoro Transition Committee because of her dismay over Duterte’s offensive joke and the declaration of Martial Law in Mindanao, she said in 2022 that the establishment of the Bangsamoro region was the Duterte administration’s greatest feat.

Elmer ‘Ka Bong’ Labog is a labor organizer and trade union activist. He is the current national chairperson of the Kilusang Mayo Uno and the president of the International League of Peoples’ Struggle (Philippines).

Ka Bong leads efforts to promote and protect workers’ rights such as a living wage, safe working conditions, security of tenure, and collective bargaining rights. He has organized protests actions including mobilizations about violence and abuses against workers, and labor organizers.

He has represented and advocated the pro-labor sector and workers’ rights in negotiations and international conferences with private and public bodies including both chambers of Congress as a resource person. 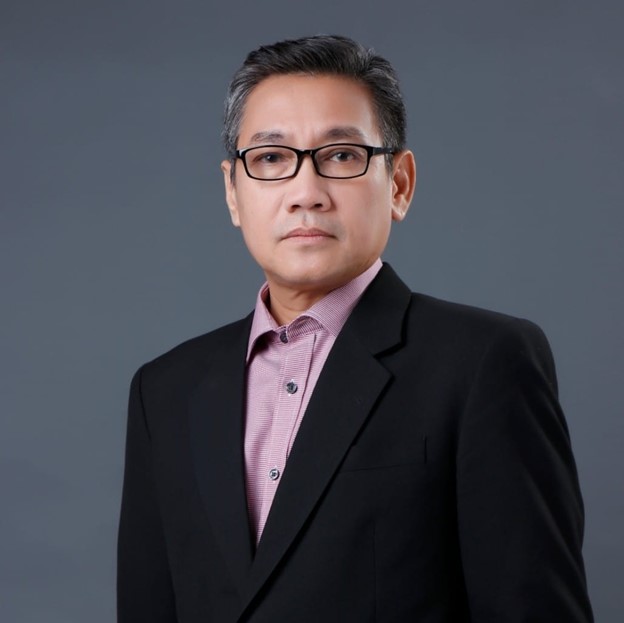 Alex Lacson is a lawyer and author known for his best-selling patriotic books including 12 Things Every Filipino Can Do To Help Our Country and 12 Things Our Youth Can Do to Help Our Country. He is the co-founder and a partner at Malcolm Law Firm Member and serves as a member of the Philippine Army’s Multisectoral Advisory Board. Lacson also worked as a lecturer at the UP Law Center and as editor-in-chief for The Practice Magazine for Lawyers.

In his legal career, he filed a class-action lawsuit on behalf of 122 plaintiffs who were poisoned by toxic wastes left by the U.S. at the Clark Air Field and Subic bases after the Mt. Pinatubo eruption.