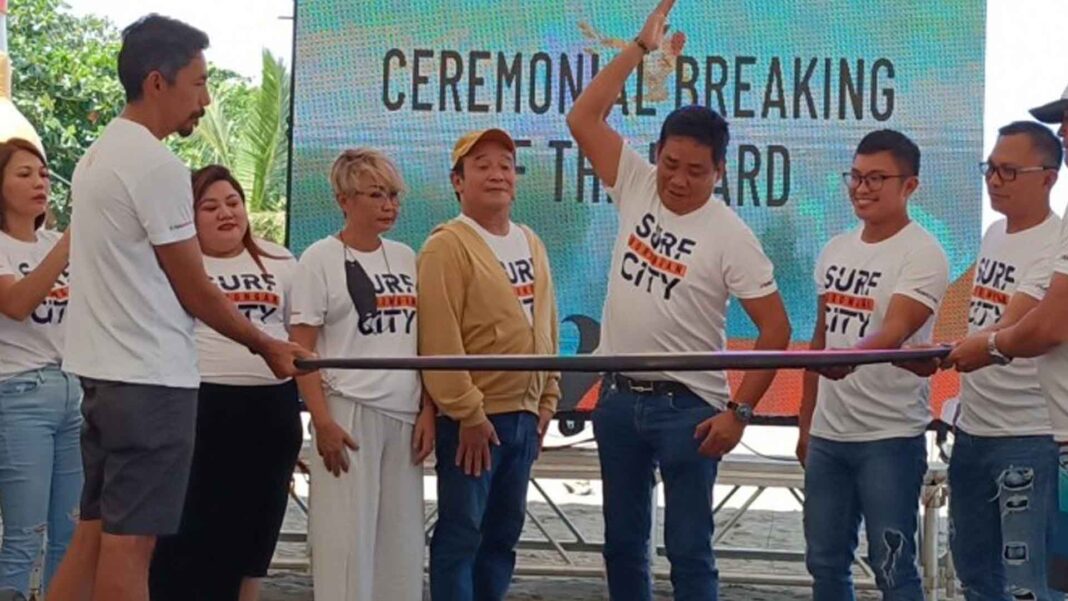 The local government of Borongan City in Eastern Samar province ensures the promotion of gender equality as it hosts the 3rd leg of the Philippine National Surfing Championship this week.

This is the first time in the history of surfing competition that the male and female categories have the same cash prizes, said Surf in the City chairperson Rupert Ambil on Monday.

Providing equal cash prizes for both male and female athletes implies that the city recognizes the ability and talent of both gender and even members of the LGBTQ, Ambil added.

“If you can’t explain why the prize money for men is higher than for women, then there’s something fundamentally wrong there. Here in Borongan, we believe in the strength of all genders. It’s a statement from all of us, not only as a surfing community but as representatives of Borongan City, Eastern Samar,” Ambil said.

Philippine National Surfing Team head coach John Carby said providing equality between male and female surfers is within the current roadmap of UPSA and they are lauding the city government of Borongan for leading voluntarily.

Carby said equality between genders in sports is a hotly debated topic, which is why UPSA made a requirement that all categories in surfing competitions sanctioned by their organization must have counterpart categories in both sexes.

Being a male-dominated sport, Carby added that UPSA started to provide better opportunities to female by including more women courses in their judging program.

“We appreciate the initiative and looking forward to put it in our practices for other regions, not to just copy. We hope to copy on their own, but eventually we will also be imposing equal opportunities. This is a roadmap that we want to see it done in a voluntary level in a particular region. We sit down, we clap them, and we raise our hats to the initiatives,” Carby said during a press briefing here.

Mayor Jose Ivan Dayan Agda said the main goal of the local government is to institutionalize this sporting event that has put the city and the province of Eastern Samar as a destination for surfing enthusiasts in the country.

At present, the more than PHP2 million budget for the sporting competition is shouldered by the city and the provincial government, they hope that in the future hosting of the event, private sector will come in to sponsor the competition, Agda said.

Around 250 surfers from all over the country are now in Borongan City for the National Surfing Championship to start Nov. 26 to Dec. 3, 2022.

Borongan’s surfing event is dubbed Surf in the City, because the competition is held along the surfing spot on Baybay Boulevard located within the city proper.

The event gathers the best surfers from all over the country as they compete for the third leg of a national surfing competition sanctioned by UPSA, the national sports body for surfing in the country.

The first leg of the competition was held in Siargao while the second was in Baler, Aurora. (PNA)