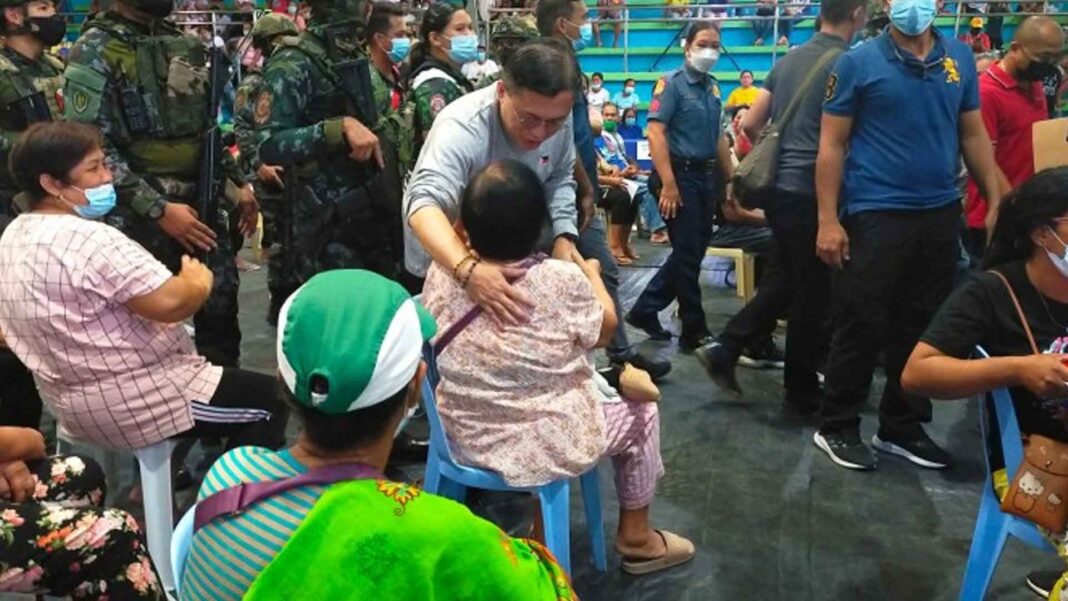 About 2,500 flood-affected residents here received cash and relief assistance from the Department of Social Welfare and Development (DSWD) and Senator Christopher Lawrence Go on Saturday.

Each beneficiary was given PHP2,000 in cash aid under the DSWD’s assistance to individuals in crisis situations (AICS).

“Do not thank me for these, I am a public servant and we ought to deliver you the government services that you needed,” he said during the aid-giving ceremony.

He also reminded the flood victims to use the assistance wisely for the benefit of their families.

Go also urged the public to get vaccinated or get their booster shots as protection against the coronavirus disease 2019, which remains a public health threat.

Meanwhile, Malalag Mayor Peter Paul Valentin said it was the first time that the town was submerged in floodwaters, which prompted the municipality to declare a state of calamity on November 17 due to the flash floods and landslides that affected all barangays in the locality.

Amelita Libunao, a resident of Purok Molave, Barangay Poblacion here, said she could not believe what happened to them on that fateful day.

Due to the Inter-Tropical Convergence Zone, heavy downpours triggered flashflood and landslides.

“The water level (was) so high and all our things were soaked with floodwaters. I really can’t believe that we will experience this,” Libunao said in an interview.

However, despite the predicament, she was thankful that the government immediately reached out to them.

“We are thankful that they did not leave us behind. Even the private sector extended their help,” Libunao added. (PNA)