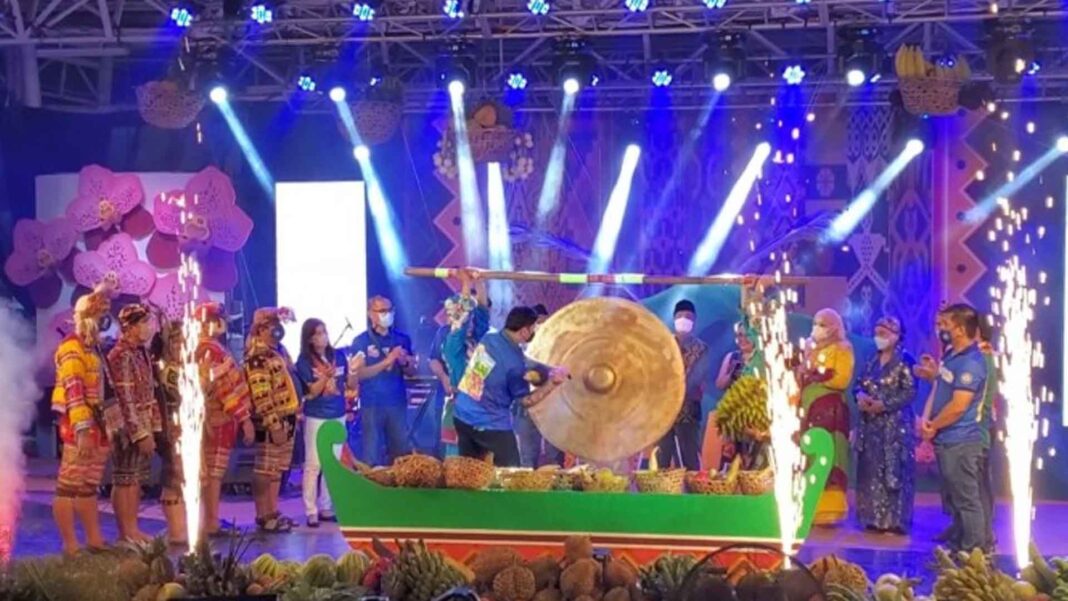 After two years of muted celebrations due to the pandemic, Mayor Sebastian Duterte opened the 37th Kadayawan on Monday night, urging residents and tourists alike to enjoy the weeklong festivity while adhering to minimum public health standards (MPHS).

“I invite you all to come to Davao, enjoy the celebration and enjoy the performances of the 11 tribes,” Duterte said in an interview.

The mayor opened the festival with the symbolic banging of the gong at the Bantawan Amphitheater at Magsaysay Park.

Duterte said the festival is the city’s way of honoring the 11 tribes.

“The diverse cultures of the city’s indigenous peoples have continued to thrive because Dabawenyos are peace-loving people who do not discriminate,” he said.

Duterte urged everyone to join the Kadayawan activities but with the proper wearing of face masks at all times.

“Observe the protocols because the virus is still lurking,” he said.

Dabawenyos and tourists can witness the cultural performances of the 11 tribes starting Tuesday at the Bantawan Amphitheater.

The Hiyas sa Kadayawan coronation night will be held at the RMC Petro Gazz arena on August 17, followed by the Sayaw Kadayawan dance competition at the Bantawan Amphitheater on August 18.

The Dula Kadayawan (Indigenous sports), meanwhile, will be at the People’s Park on August 19.