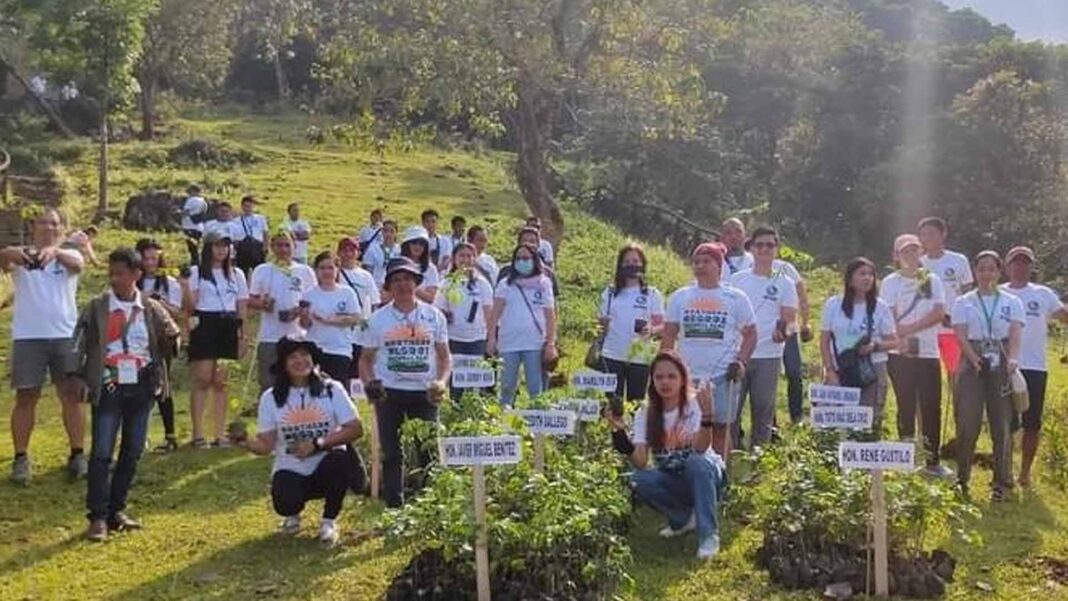 Stakeholders from various sectors have planted 1,000 Narra trees at the Gawahon EcoPark in Victorias City, Negros Occidental as part of the events marking the 17th year of the Northern Negros Natural Park (NNNP).

“We would like to thank our partners for making the celebration a success,” Joan Nathaniel Gerangaya, officer-in-charge of the Provincial Environment and Natural Resources Office and concurrent protected area superintendent of the NNNP, said in a statement on Monday.

The trees, which were planted on Sunday to cap the two-day 1st NNNP Day celebration, symbolized the continuing commitment of Negrenses to preserve, protect and manage the NNNP, which was declared as a protected area on Aug. 15, 2005.

The event, which was hosted by the City of Victorias headed by Mayor Javier Miguel Benitez in partnership with the Department of Natural Resources and Environment, also included other activities such as environmental symposium, guided birdwatching, bike tour, bio-diversity tour and trade fair and exhibit.

Themed “Healthy and Green at 17”, the celebration recognized the stakeholders’ laudable collective efforts in conserving and protecting the rich biodiversity of the NNNP.

Initially proclaimed as the Northern Negros Forest Reserve on April 28, 1935, the now 70,826-hectare site was declared as a protected area by virtue of Presidential Proclamation No. 895 signed by then President Gloria Macapagal-Arroyo on Aug. 15, 2005.

The proclamation was pursuant to Republic Act 7586 or the National Integrated Protected Areas System Act (NIPAS) of 1992.

It was named the NNNP as a legislated protected area through RA 11038 or the Expanded NIPAS Act of 2018.

The NNNP, which has unique biophysical and geographical features and is part of the largest watershed in Negros Occidental, falls under the jurisdiction of 11 local government units.

These include the cities of Talisay, Silay, Victorias, Cadiz, Sagay and San Carlos, and the towns of E.B. Magalona, Toboso, Calatrava, Salvador Benedicto and Murcia.

In a statement, Third District Rep. Jose Francisco Benitez, who attended the event at Gawahon EcoPark, urged stakeholders to help protect the natural resources that abound in the NNNP and ensure that the balance of nature is maintained in the protected area as among the province’s greatest resources.(PNA)