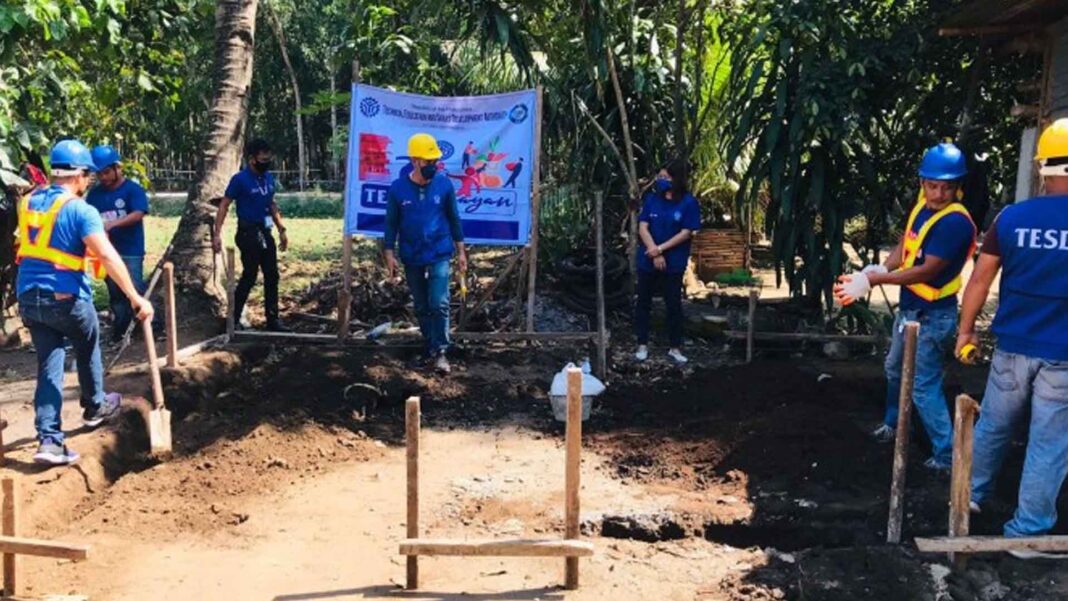 The Technical Education and Skills Development Authority’s (TESDA) provincial office is helping build a one-bedroom house for the family of a solo parent in the municipality of Hamtic, whose was destroyed by Typhoon Odette.

The new house is being built through the “TESDAmayan” initiative, a project of TESDA Secretary Isidro Lapeña to help communities affected by the typhoon, provincial training administrator Karyn Mae Duay said Thursday.

Duay said the house of Violeta Salinog, 61, in Barangay Funda in Hamtic, was chosen as the recipient of the project.

“Together with our trainers, the 28 trainees who are undertaking their Masonry National Certificate (NC) II and Carpentry NC II skills training are now working on the foundation of the house,” she said in an interview.

Duay said they began to construct the house on January 10 and hope to finish it within two weeks, given that all construction materials provided by TESDA are already available.

“Hamtic had been also severely affected by Typhoon Odette with 30 houses in Barangay Funda alone totally damaged, including that of Salinog,” she said.

Salinog said she is grateful that she was chosen as the beneficiary because, on her own alone, she could not afford to have her house reconstructed.

“I only work as a laundrywoman with two children and one grandchild still under my care,” she said.

She recalled that they went to their barangay evacuation center a day before the typhoon, and were shocked to see the sorry state of their house, which was made of light materials, when they visited it on December 17.

Aside from Hamtic, Duay said they are planning with Mayor Maxfil Pollicar of adjacent Anini-y town to build houses for its displaced residents.

Anini-y was the hardest hit municipality in Antique. (PNA)